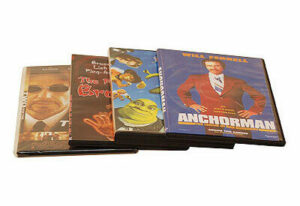 A study of global movie piracy by the Motion Picture Association of America (MPAA) found that the six MPAA member companies lost $8 billion to worldwide piracy in 2005. The Institute for Policy Innovation, a think tank based in Texas, calculates that the $8 billion lost to piracy translated into total lost output among all U.S. industries of $27 billion annually.