How to Spot a FakeNike Shoes 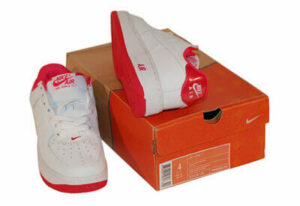 Think it’s no big deal to buy a counterfeit pair of Nike shoes? Think again. Nike – with counterfeited merchandise including items like hats, T-shirts, shoes and more – is one of the top 10 brands counterfeited according to a 2005 report compiled by industry expert Glen Gieschen. In fact, in 1996, the FBI confiscated 100,000 T-shirts bearing the fake Nike “swoosh” logo. The operation generated millions of dollars and was run by the followers of Sheik Omar Abdel Rahman – a cleric who was later sentenced to 240 years in prison for plotting to bomb New York City landmarks.